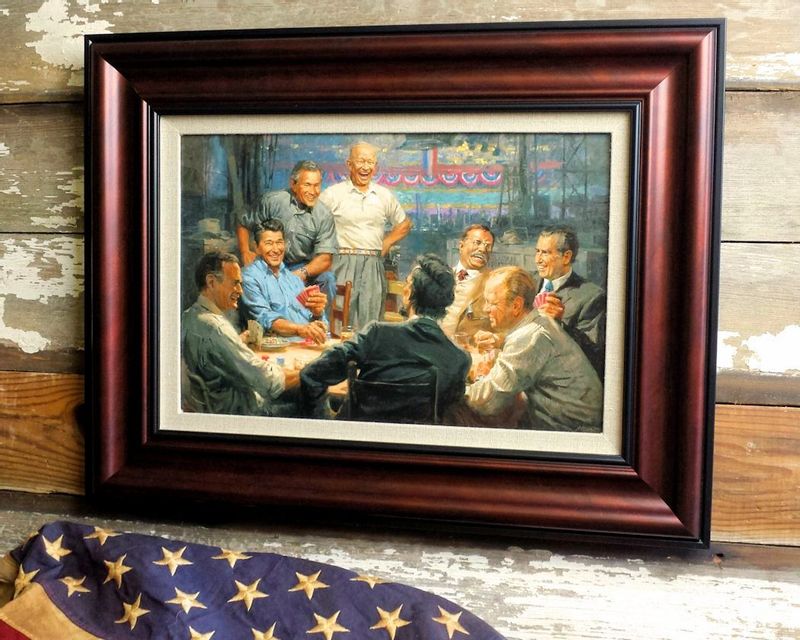 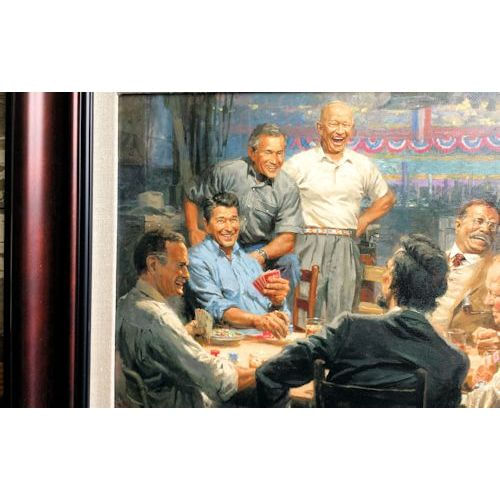 Please Note: This item may take 2 weeks to ship.

Smaller sized "Grand Ol' Gang" artist signed, open edition framed canvas by artist Andy Thomas features eight former Republican presidents---including Reagan, Lincoln, Teddy Roosevelt and Eisenhower---in a friendly game of poker. For those of you with less wall space (or on a budget) this is your chance to own our most popular image ever, in a smaller size that looks every bit as classy.

Sold out in many of the larger, more expensive versions, this version of our bestselling image ever depicts a mythical game of cards between some of the most powerful, influential Republican presidents of the last two centuries. Printed in vivid, fade-resistant inks on a stretched canvas, our GOP favorite is framed without glass (no reflection!) like an oil painting. Framed with a one-inch thick linen liner and a huge, 3.5” wide black and dark cherry molding, this artist signed open edition is every bit as "rich" looking as its larger cousin.

Artist Andy Thomas has captured an imagined scene of conservative Republican presidents enjoying a casual game of poker and has added special touches that our customers love to discover (like Reagan's jelly beans and Eisenhower's golf clubs). Also includes former presidents Bush (both), Nixon and Ford. "Grand Ol' Gang" by Andy Thomas is a great showpiece or gift for any proud Republican!